You are here: Home / Personal / On My Father’s 100th Birthday 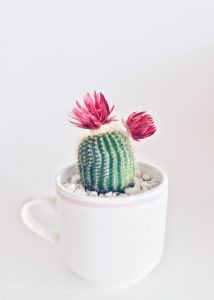 Today would have been my father’s 100th birthday. He lived only (?!) to the age of 90, but he had a really interesting life—railroad conductor, printer, pilot, kinda travel agent, small business owner. He was never boring. Scary maybe, but never boring.

The thing that I find really remarkable about his life is the amount of change he saw.

He was born on the frontier. His father, after the murder of his own father, headed west from Missouri looking for opportunity. Eventually he homesteaded—that Homestead Act was a real boon to upward mobility—just below the Continental Divide outside Salmon, Idaho, on land that no one had ever tamed before, and he and his wife and 11 children worked like oxen to make a living for themselves.

And here’s the thing. They lived, in 1918, pretty much the same way people lived in Abraham’s day. They built their own houses by hand, carried water in from the creek, fended off the darkness with oil lamps, powered their farming with animals, and did their excretory business in a hole in the ground. Oh, eventually they got electricity, and my grandfather even bought a car before it was all over, but when Dad was born, the routine of daily life hadn’t changed much for 4000 years.

Dad’s mother died when he was 7, and his father when he was 13, and from then on he was raised relatively haphazardly by a series of older siblings as they were able. Graduated from high school a year or two late, eventually served his country in World War II—as part of the greatest generation—and came home to work with his hands to scrape together a thousand bucks or two every year to feed the wife and three kids. Leave it to Beaver, indeed.

Not well educated, but a constant reader, he created a fully organic subsistence farm, before hardly anybody was even talking about such things, on a mere two acres of land in (really) Greenacres, Washington, then piled the whole family into a Rambler station wagon and a ’54 Nash to move clear across the country for a white-collar job. (No, my name’s not Joad.)

After they finally got the kids out of the house, he and Mom retired to southern New Mexico, where within a few short years Mom died and he was left pretty much alone with his tool-sharpening shop. After he’d spent 25 years there, an ER doctor called me from New Mexico and said, “You need to come get your Dad.”

And for the last 6 years of his life, as his well-used but well-worn mind slowly ebbed, I cared for him as he needed it, but left him his independence as much as I thought was safe.

And one evening the two of us sat together at my computer, fired up Google Earth, and went back to Salmon. He guided me up the Salmon River to Baker, where he went to school (yep, on horseback, in the snow) and then north up Sandy Creek to the old homestead. It was right here, on the west side, he said. And I dropped the perspective as low as I could, and we stood on the old land and looked up Sandy Creek to the Divide, where he’d hiked over into Montana one time when he was a teen and got upset with somebody.

In one lifetime, he went from the days of Abraham to Web-based virtual reality on a laptop. In one lifetime, his life changed in pretty much all the ways that the world has changed since it began.

What a time to be alive.

Dad didn’t make it to 100—here, anyway—and I’m confident that he wouldn’t have wanted to. But what a life he had, and what lives he has left behind. Sons and daughters who have all known success, all in remarkably different ways. Two grandsons who are Service Academy graduates, and two granddaughters with great abilities and extensive experiences around the world.

And life, for him, goes on, in a way that I don’t have the experience to describe.

Photo by Ember + Ivory on Unsplash