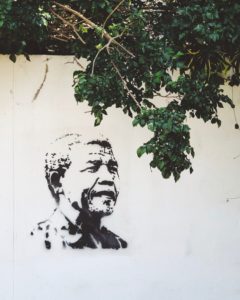 I visited South Africa for the first time in the year 2000. I tell my friends, and my students, that you cannot visit Africa without leaving a piece of your heart there. I love many countries and people in Africa, but South Africa is as close to my heart as any. It has a stark beauty in its land, in its people, in its many languages, even in its accents.

My favorite place in the world, oddly enough, is not in my homeland; it is in South Africa—Dias Beach, at the Cape of Good Hope. It’s like no other beach—or place—in the world.

And so it’s hard to put into words how deeply my heart was broken by the news that the South African Parliament, which meets in Cape Town, has voted to expropriate farms owned by whites without any payment, to establish justice for apartheid.

It’s not certain yet; the proposed constitutional amendment needs to be approved by the Constitutional Review Committee, which will render a decision by August, and then be approved by 2/3 of Parliament. I’m not well enough informed on South African politics to guess on the odds of that happening. But I do enough theology to comment on the underlying causes.

For decades the South African government viewed black Africans as inferior and instituted a system of segregation and discrimination against blacks that it called apartheid, Afrikaans for “apartness.” It was similar in many ways to conditions in the Jim Crow South, though there were some differences in the particulars.

One law was that blacks were not allowed to own land. The predictable result was that virtually all private land was owned by whites. Under increasing world pressure, the white government abolished apartheid in the early 1990s, and former prisoner Nelson Mandela rode a wave of popular support to the presidency in 1994.

It was a precarious time. There were cries for retribution in the name of justice, and whites, whether landowners or not, were afraid. To pretty much everyone’s relief, Mandela rose to the occasion, declaring that there would be justice for all, but not revenge. A Truth and Reconciliation Commission was established to hear testimonies of injustice and abuse under apartheid. The truth was both told and heard, and the explosive situation was handled deftly. Every white South African I’ve spoken to in the years since has told me that Mandela was a good man. They mourned his death alongside his black countrymen, who called him by the tribal honorific “Madiba.”

Mandela was a flawed man, like any other. He did foolish and sinful things in his younger days. But I have respected his conscious decision to rise above revenge to act for the good of his country. We all could benefit from more such men.

So South Africa prospered, unlike its near neighbor Zimbabwe, which raced headlong into revenge mode. Under the dictator Robert Mugabe, Zimbabwe confiscated white-owned farms in the name of retribution and justice. The country swiftly descended into economic chaos, and societal chaos quickly followed. When I visited Zimbabwe in 2010 you could buy a 1 billion dollar note as a souvenir for a couple of US dollars; the Zimbabwean retailers wouldn’t even take Zimbabwean money, but our US dollars were welcome.

I don’t know what will happen in South Africa. The new president, Cyril Ramaphosa, claims the confiscations will be done in a way not to cause economic harm. I don’t see any way he can keep that promise. I’m afraid that South Africa is about to learn that killing the goose doesn’t yield any more golden eggs. And a great country will face a long period of economic and social hardship.

This is what sin does.

God created men and women—all of them—in his image. World history is an unbroken story of peoples in power abusing those out of power, denying their imageship. And that sin, like all sin, has consequences, and long-lasting ones at that—consequences that outlast generations. Apartheid set the stage for suspicion, hatred, revenge; and this generation and future generations will reap a bitter harvest.

My prayer is for grace, mercy, and peace for all the dear people of South Africa. May the gracious hearts of my many South African friends—black, white, and coloured, in places like Guguletu, Kuilsrivier, and Beverly Park—prevail to bring peace and mutual respect to their beautiful land.