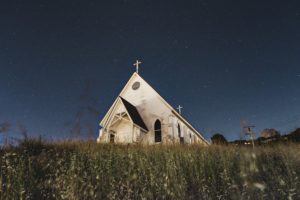 Since in my last post I raised the issue of spiritual gifts, I’d like to engage in a little iconoclasm here.

Much of what you read in those spiritual gifts books, and in those online tests, is completely made up. It’s folklore, not based in Scripture. Might be true, but might not.

There. I’ve said it.

Now the hard part: I need to back it up.

The Bible lists the spiritual gifts in 4 chapters: Romans 12, 1 Corinthians 12 (with a discussion continuing into chapters 13 and 14), Ephesians 4, and 1 Peter 4. The 1 Corinthians chapter contains 3 lists, while each of the others contains just one. 4 chapters, 6 lists, 5 by Paul, 1 by Peter. Here’s a chart that lays them out for comparison.

Some things to notice:

So if we combine all the lists, is that list exhaustive? Or, to put it another way, does the Bible name all the spiritual gifts?

The correct answer is “We don’t know.” It’s important to know when you don’t know something. Here’s why.

The Bible clearly states that every believer has at least one spiritual gift (1Cor 12.7, 11). Those online spiritual gifts tests typically assume that you have one of the gifts listed in Scripture; but what if there are other gifts? And what if yours is one of those? You take the test, and, assuming it’s accurate (more on that in a minute), it shows that you have “none of the above.” What’s a believer, particularly a new one, going to conclude?

We can do great spiritual harm when we think the Bible says something that it doesn’t—and when we teach others our unstated assumptions (Jas 3.1).

So are there spiritual gifts that the Bible doesn’t mention?

I don’t know. And neither does anybody else. And we ought to quit acting as though we do.

And if you’ve taken one of those tests, and you’ve scored a Big Fat Zero, freak out thou not.

Thing 2: We don’t even know what some of the gifts are.

Several of the gifts we know a lot about: prophecy, pastor-teacher, speaking in tongues. Lots of biblical information.

Word of wisdom? Not so much. We know what wisdom is—there’s a whole genre on that—but what “word of wisdom” specifically refers to? Nope. It occurs in only 1 list, and it’s not defined there. No mention of it elsewhere in Scripture, no account of someone who had the gift, nothing. Same thing for word of knowledge. And discerning of spirits.

Have you ever noticed that more than half of the listed spiritual gifts—12 of 21, by my count—appear in only 1 list? And that the lists don’t define anything, they just, well, list? How much can we possibly know about those gifts, unless we meet someone in Scripture who is specifically said to have that gift?

So what is discernment of spirits? We don’t know.

Here’s what I think the test authors did. They made up a definition for the gift out of their own heads, and they wrote test questions to identify those traits.

But let’s not pretend that’s what the Bible teaches.

Are the tests helpful? Well, they might be. For certain gifts. If you have them.

But I wouldn’t take them very seriously on matters where they don’t have any biblical backup.

Thing 3: If we don’t know what some of the gifts are, is it possible that we don’t need to know for sure what our gift is?

If my gift is discerning of spirits, and I don’t know what that phrase means, how will I know I have that gift?

I suspect that a lot of Christians take those gifts tests for the same reason some people read horoscopes.

Oh, I’m a Virgo? Cool! I understand myself so much better now!

Oh, my gift is mercy? So that’s why I cry so much!

Your spiritual gift is not about you. In fact, you’re the only person in the world that your gift is not for. It’s for everybody else.

What can you do?
Do it for Jesus.
For the glory of God’s name and the edification of his people.

That won’t sell a lot of books or generate a lot of web traffic to my gifts test site, but it’ll make a huge difference for God’s people, if we’ll just do it.

Photo by Matt McLean on Unsplash