You are here: Home / Bible / On Frustration, Part 1 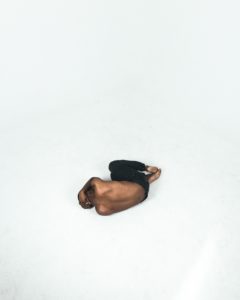 There’s a refrain in the Bible that puzzles, even troubles some people.

If God says something 10 times, I guess he really, really means it, huh?

“Vanity,” as you probably know, means “emptiness,” “worthlessness,” “meaninglessness.” And “vexation of spirit,” well, I guess we all know what that means, don’t we?

Actually, it can mean a couple of things. So far I’ve been quoting the KJV, whose phrasing is well familiar to us all. Perhaps you’ve noticed that most of the modern versions state it quite differently—

You may know that in both Hebrew (OT) and Greek (NT), the word for “spirit” is the same as the word for “wind” or “breath.” Hence the two distinct ideas in these translations. Is Solomon saying that life is vexing to the spirit, or that it’s like chasing the wind?

As is often the case in Scripture, when a passage is genuinely ambiguous, the difference turns out to be not much. Trying to catch the wind is vexing to the spirit, isn’t it? There was even a popular song more than 50 years ago comparing the frustration of unrequited love to trying to catch the wind. We know the feeling.

So Solomon says that life is like that. It’s vexing. It’s constantly just outside our grasp.

In other words, it’s frustrating.

Some people are really troubled that the Bible would say a thing like that. Sounds pretty negative. Almost nihilistic.

That can’t be true, can it?

Over the years some Bible interpreters have suggested that Ecclesiastes must not be inspired—at least, not in the way the rest of the Bible is. God wouldn’t say something this negative.

I beg to differ.

There’s nothing in the text of Ecclesiastes that gives us the idea that we’re not supposed to take it seriously.

In fact, it starts pretty much exactly like Proverbs, and nobody says that Proverbs is just Solomon’s nihilistic ramblings.

And the conclusion of Ecclesiastes—“Fear God, and keep his commandments” (Eccl 12.13)—is eminently biblical.

So why are we questioning the applicability of Ecclesiastes? Because it has hard verses in it?

What kind of a nutty hermeneutic is that?

So I think Ecclesiastes is just as much the word of God as Proverbs, or John, or Romans. Yes, that means that there are difficult interpretational questions in it. So be it.

God says that my life, and your life, is really frustrating.

That’s not a hard verse. We already know it’s true. Frankly, it’s nice to hear God himself say it.

Life’s not frustrating for God, of course; he’s sovereign and omnipotent, and his will is always done.

But it’s frustrating for us.

Next time, we’ll talk about why it’s frustrating, and what we ought to do about it.

Photo by mwangi gatheca on Unsplash