You are here: Home / Politics / On Funerals for Politicians 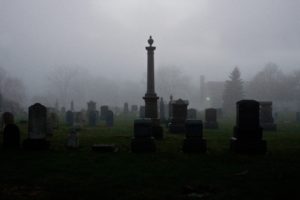 This past Saturday was the funeral for John McCain, a long-time US senator and, many years ago, a long-time prisoner of war in Vietnam. In our hotly divided political climate, even his funeral became big news and a source of political contention.

I’m not going to weigh in on the politics of it all. There’s no lack of voices doing that, and the question of whether his funeral was too political or not is none of my business and frankly none of yours either. On the matter of what’s done at his funeral, I think the decision is the family’s to make, and the family’s alone. But the controversy does bring to mind some implications that go far beyond the politics of any moment, implications that we ought to consider—“we” being not just those with an interest in the American political process, but anyone with an interest in any political process.

Most news outlets have noted the tributes given to McCain by political friend and foe alike. Perhaps the best example is a line from former President Obama, who said, “So much of our politics, our public life, our public discourse, can seem small and mean and petty, trafficking in bombast and insult, in phony controversies and manufactured outrage. … We never doubted the other man’s sincerity or the other man’s patriotism, or that when all was said and done, we were on the same team.”

Responses to Mr. Obama’s words, and to others like them, have typically been driven by political motives. Those on the political left have celebrated the fact that the former president, who ran against and defeated McCain in a presidential election, could speak so respectfully and generously of him. Those who voted against Obama in that election, however, accuse him, and all the other political liberals who are now lauding McCain’s “maverick spirit” and “honor” and “principles,” of being hypocrites, especially given the vitriolic language heaped on McCain by those same opponents and their campaign supporters in that election.

What interests me in all this is not Mr. Obama’s words or any of the other recent commendations. What interests me is what those words tell us about the earlier political campaign. All those excoriations, all those dire warnings during the campaign about how dangerous McCain was, or how hateful or personally flawed he was, were actually meaningless; by their own present words, McCain’s political foes actually respected him and saw him as virtuous—on the same team, as Mr. Obama put it. But they reviled him back then, because politics, you know. Have to win the election. Say whatever it takes.

And let’s not pretend that only the political left does that. Those on the right are just as inclined—aren’t they?—to say things that aren’t true just to get their guy elected, or to get votes for this or that piece of legislation.

John McCain died of cancer, a particular type of cancer—glioblastoma—that crouches in my mind as well. It killed my brother, and it killed my pastor, the man whose signature is on the paperwork that forms the legal basis for the decades of life my wife and I have shared. A friend of mine, a neurosurgeon, once told me that glioblastoma is a just a nasty piece of work, and he said he hopes he’s seen the last of it he’ll ever see. It’s the worst.

But I’m not sure it is. There’s another cancer, one that infests our national brain and is killing our ability to govern ourselves as surely as glioblastoma killed John McCain. With the size of our federal government, and consequently the power at stake in every national election, the desperation to win leads us to savage ourselves with lies, to say whatever it takes to get our way. And our leaders acknowledge that, whenever they say that this or that vitriolic conflict is “just politics.”

How healthy, how healthful, can a system be that is based on lies?

It’s a mark of strength when we can speak respectfully of the dead, with whom we disagreed in life. But it’s a mark of great sickness when in doing so we put the lie to how we lived.

Photo by Scott Rodgerson on Unsplash