You are here: Home / Culture / On Integrating to a New Culture 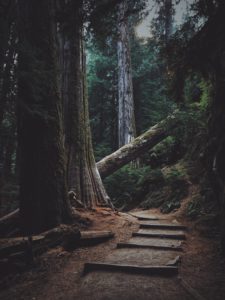 On August 10, Martha Bishara was on a lot across the street from her house in Chatsworth, Georgia, collecting dandelions to make salad. She was carrying a knife to get the dandelions. The owner of the lot called the police.

So they hit her with a Taser. Failure to respond to police commands, while openly carrying a weapon.

Mrs. Bishara is a (legal) immigrant from Syria, who speaks very little English and so did not understand the officer’s commands.

She’s 87 years old and 5 feet tall, and she has trouble walking.

And they Tased her.

The story has gotten a lot of circulation, generating pretty much universal condemnation. And FWIW, I’m repulsed by what happened as well.

But I think there is a teaching moment here.

I’m not interested in ascribing blame. That’s not my right or responsibility, and people far more qualified than I will address that. Not having been there, and not having police training, I’m ignorant of a lot of what’s necessary to deliver a binding judgment. I have friends who are police officers, including one who used to be a police chief in Georgia, and I have to reserve the possibility that something I don’t know could change my entire perspective on the situation.

Though that’s hard to imagine.

So, no final judgments.

There are lots of possibilities. Better training? More, um, common sense? Something else?

One occurs to me.

I’m thinking out loud, in public, and that’s really dangerous. I know that what I’m about to say is going to be controversial, especially to those who are inclined to knee-jerk about The Cause of the Day. I would ask only that you hear me out and actually consider the logic of the idea I’m tentatively suggesting.

Mrs. Bishara has been in the States for more than 20 years. She speaks hardly any English.

Maybe there are good reasons for that. Maybe she has a learning disability. Maybe she’s tried repeatedly and just can’t do it. When she arrived here, she was older than I am now, and I can feel my brain cells dying by the day. I am recognizing my own ignorance by not saying that it’s her own fault.

But her case illustrates one danger of not learning the local language, which is just one part of cultural integration.

Cultural integration, what most people mistakenly call “assimilation,” has gotten a bad rap lately. It’s been equated with imperialism, with cultural elitism. And sometimes, certainly, those things have been involved.

But if you move to another country, it’s just plain good sense to make some adjustments—most critically, to learn the language as well as you can.

I take American students to Africa pretty much every year. Each year that we go to Tanzania, we spend 2 or 3 days teaching the newbs enough Swahili to be able to participate in the daily greetings—a very significant thing in Tanzanian culture—and to buy something in the market. (Starvation, and all that.) Without being able to do those things, they’re not going to be able to show respect to the nationals, to greet them in the ways that the nationals expect; and further, they’re vulnerable out in the city in ways they don’t need to be.

If they were going to stay for more than just 3 to 5 weeks, they would need to learn more.

This last trip, we were on our way to the airport when we were pulled over by a policeman for a random inspection. Our missionary host was driving; I was riding shotgun (without one, fortunately). The officer seemed quite agitated, but I couldn’t understand what he was saying. Afterwards my host informed me that I had been cited for not wearing a seat belt, and fined 35,000 shillings. (Freak out thou not; that’s about $15.) What if my host hadn’t been there? I could legally have driven myself to the airport; what if I had?

I’m not suggesting that one’s personal cultural identity should be sacrificed. I spent about a decade living in Boston, where the North End is famously Italian and the South End is Irish. Both cultures are working-class Catholic, but they have significant differences as well—differences that sometimes have ended in blows. These groups have retained strong ties to the Old World and to their cultural heritage.

But if a cop stops any of them on the street, they’ll know what he’s saying.

Not being able to do that can get you hurt. Or dead.

Respect the culture you’re entering enough to learn to function safely and effectively in it.

In this case, loving your neighbor ends up benefiting you. A lot.

Photo by Jeff Finley on Unsplash