You are here: Home / Culture / On National Conversations 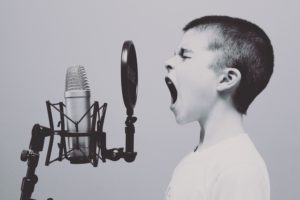 Another school shooting. Another subsequent sequence, one that, horrifically, we’ve gotten used to. Shock. Grief. Exposes of the shooter. Identification of causes, conveniently aligned with our political positions. Charges that the other side—and only the other side—is “politicizing” a tragedy. Snarky posts. Angry comment threads. And calls for a “national conversation”—in this case, on guns.

Of course that’s not fair. People are all different, even those in the same group; it’s conservatives who resist “class-conscious” thinking as Marxist. You and I can’t really say—accurately—that “all liberals” or “all conservatives” mean this thing when they say that thing.

But I’d like to try to go beyond the political posturing and the mud-slinging and the parading of moral superiority of “my side”—and I do have a side, which I’ll not state, for reasons that I hope will soon become clear—to encouraging us to think more deeply about our assumptions on all of this.

I’ve noted before that political victory is fleeting and that a great many things are more important because they last forever. That fact should certainly drive any “conversation.”

But I wonder if we might probe a little deeper. What’s the point of a conversation? To win the argument and rest in our smug confidence? To gain political ground and the consequent political power, so we can make everyone else—especially those morons who disagree with us—do what we want? Or to solve the problem?

What kind of conversation will lead to a solution?

Here’s where I get controversial.

A conversation that leads to a solution will not involve everyone, because not everyone has something of substance to contribute.

We all know what it’s like when everyone talks at once. And even when people take turns, we all know from experience that not everybody has something useful to say. (I know you’ve been in a meeting like that, as I have. Far too many times.)

A conversation that leads to a solution will involve people who (1) know what they’re talking about and (2) are interested more in arriving at a solution than in winning the argument.

Jim Geraghty recently expressed frustration with people who advocate for gun control but in the process demonstrate that they have no basic knowledge of how guns work. They’re ready to pontificate for everybody, but they think automatic weapons are legal—or that an automatic weapon was used in this shooting or that one (chances are, it wasn’t). They call a magazine a “clip.” They use the term “assault rifle” as if it actually means something.

Now, I grant that knowing the difference between a clip and a magazine, or a round and a bullet, is probably not going to affect any policy outcome. And I also grant that liberals aren’t the only ones who demonstrate on occasion that they don’t know what they’re talking about.

But what about the principle? Won’t we be more effective with national policy if we convene people with expertise and experience, get them away from the noise, and then listen to what they say? If we base our positions on hard data rather than political expediency?

Come on; the military has been doing building security for centuries; the knowledge is out there. Why not use it?

I see the danger in what I’m saying. Elitism. Trust the smart people—you know, the ones from the Ivy League. The smartest ones in the room.

That’s a danger, all right, for many reasons, most obviously that the elites haven’t done all that great a job of running the country since, oh, 1800 or so. (Happy 286th birthday, Mr. President!)

But I’m not talking about the Ivy League. I’m talking about people with demonstrated expertise and success in the field in question. In this particular issue, many of those people may never even have gone to college. Let them talk. And listen to them.

I have a friend, whom I like very much, who has one really irritating characteristic. When we’re sitting together in an audience, he’ll keep whispering comments in my ear when I’m trying to listen to the speaker. And I have to choose between being polite to my friend or getting the information I’m there to get.

So. If you don’t know what you’re talking about, keep your opinions to yourself, so we can hear the people we came to hear.

Assuming, that is, that you want to solve the problem.

Photo by Jason Rosewell on Unsplash