You are here: Home / Theology / On Blind Faith and God 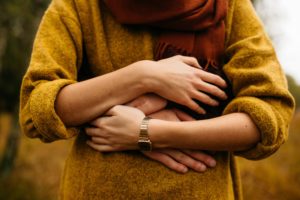 I believe in God.

More specifically, I believe in the God of the Bible.

A lot of people don’t.

And once in a while, one of them will ask me, sincerely, how an apparently happy, confident, reasonably intelligent person like me can do that. Isn’t that just blind faith? Isn’t religion just a crutch for the weak, a Magic 8-Ball for the unintelligent, an opiate for the masses?

Sometimes, yes. More than that—I think most religions are all of the above.

But not this one.

So what’s my particular delusion? Why the inconsistency?

Not so fast. Let me explain.

After a lifetime of study and growth, I realize that I’m a believer because God graciously drew me to himself. But from my perspective through that process, it didn’t look like that. It appeared to me that I was making a series of choices (and yes, I was).

Along the way I realized that there were a lot of things about this God that I didn’t understand. And it occurred to me that this was exactly what I should expect. If we had made God up—as an opiate, or whatever—we wouldn’t have made one who occasionally troubled us and, worse, embarrassed us in front of our friends; we’d have made him simpler. But if there really is a God, by definition infinite, then we would expect that he would regularly exceed the limits of our finite minds; he would occasionally go over the horizon of our understanding.

That wasn’t difficult for me to embrace. But the hard question is this:

What do you do when he does that? How do you respond when God mystifies or troubles you—when he seems to disappoint you?

Let me respond to that question with its parallel. What do you do when a long-time friend mystifies or troubles you?

I’ve been married for 33 years. I know my dear wife pretty well. She’s retired, and I’m still working. That means that for several hours each day, I’m unable to be at home, and she’s COMPLETELY unaccountable.

No, it’s because I know this woman. I’ve lived with her for 33 years. I know what she’s like. She’s not going to disappoint me.

That’s how healthy relationships work. You trust your friends. And that’s most certainly not blind faith; it’s solidly founded—scientifically founded, if you will—on experience in the lab and in the field.

Nobody wants a marriage where your spouse is constantly checking up on you, constantly fearing that you’re going to do something awful. I don’t check the odometer on the car every night to see if the wife is putting more miles on it than her account of her day would support. Friends don’t treat each other like that.

Sometimes God goes over the horizon on me. Sometimes his ways puzzle me, and I can’t figure out what he’s up to. But in those moments, I trust him. I trust him because he has always been faithful to me—despite the many times I’ve been unfaithful to him. I trust him scientifically, because he’s proved himself to me in the lab and in the field.

Photo by Pablo Heimplatz on Unsplash