You are here: Home / Culture / On Overcoming Cultural Distance 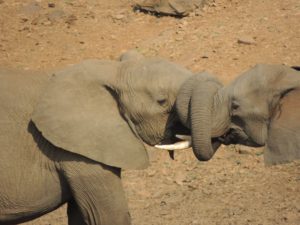 The USA is sure a dysfunctional family, isn’t it? We share common experience, and a reasonably common culture, though of course we have a rich collection of subcultures, from the Italian Catholic feast days of Boston’s North End, to the summer dog days of the Carolina Low Country, to the rugged manliness of that isolated Texas prairie out west of Van Horn, to the streetwise playgrounds of Roxbury and Harlem and Avalon Park. The experiences of growing up in these places are significantly different, and those experiences shape our perspectives as well as our personalities.

But we’re family nevertheless. I began to come to that realization by growing up in a variety of places, from the Pacific Northwest to suburban Boston, before settling into a stereotypical “sleepy Southern town” with a decaying Main Street that blossomed over a few decades into a thriving city center after one of the most studied transformations in the country. (Thanks, Knox.) For several years I had immediate family members in all 4 corners of the Lower 48—almost as though we were all trying to get as far away from one another as we possibly could. Living in different subcultures—farm, suburb, town, western, northeastern, southern—helped me learn early on that we’re really different but all fundamentally the same.

That feeling has grown stronger in more recent years, with the opportunity to travel internationally more than the average American. I know the feeling of recognizing another American in an otherworldly place. Of being embarrassed by the horrified look on the Buddhist monk’s face when the gum-chewing girls in halter tops and short shorts are snapping photographs and talking exponentially more loudly than anyone around them, completely oblivious to the way they’re treating his sacred space. Or by the well-fed, camera-laden tourist in the sidewalk café berating the waitress for being obviously too stupid to speak English. Or, on a lighter note, enjoying a cultural moment with (The) Ohio State University students at the bungee jump bridge just downstream from Victoria Falls, Zambia. Or being moved by the student on one of my Africa teams, patiently interacting with an autistic child, perhaps the first person ever to interact with him in a way that understood and addressed his special needs.

But boy, are we dysfunctional.

Polarized. Hateful. Viewing one another through deeply distorted telephoto lenses, because we can’t abide getting close enough to talk face to face.

Pride is in our national DNA. It’s human nature to care for ourselves, to respect ourselves, infinitely more than others. To compare ourselves to others in a way that makes us the standard and others the defects. Everyone who drives slower than I do is an idiot; everyone who drives faster is a maniac. Me? I’m an excellent driver.

My congressman is awesome, but the people who elected all the other ones are idiots, and we ought to throw all the (other) bums out.

This pride isn’t unique to Americans; it’s in the human DNA too. The first evil creature rebelled out of pride, and the first human ones did too; they decided they knew better than their Creator on the question of produce.

So we despise each other; we talk but don’t listen, and the loudest, rudest, sharpest, cruelest remark wins.

That was good one!

What’s sad is knowing that if these same people were in a broken-down Jeep in the middle of the African grasslands, listening at night to the unfamiliar, terrifying sounds of the surrounding wildlife, they’d be working together. They’d be figuring out who was good at what, and they’d be dividing up tasks among the team members and figuring out a way to get the Jeep fixed or send a radio signal or use a mirror in the morning to flash sunlight at an airplane, or something to get out of there.

And when they got out, they’d all go someplace and eat and drink together, and laugh, and tell stories, and joke about their individual idiosyncrasies, and be friends for the rest of their lives.

How do I know that?

Maybe what we need is working on solving life-threatening problems, together.

Photo by Corentin Marzin on Unsplash