You are here: Home / Culture / Freak Out Thou Not. This Means You. 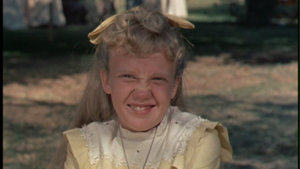 Everything’s just awful! Worse than ever before!

If you’re conservative, then the Deep State is trying to overthrow a duly elected president, and the country’s going broke, and sexual mores are all being redefined, and what has happened to our country?!

And if you’re liberal, well, do we even need to say? We have an idiot in the White House, who watches TV all day, and he’s going to start a nuclear war, and even his entire staff thinks he’s unfit for office. Roll out the 25th and stop this madman.

I’m not suggesting that the world’s problems aren’t serious, or that evil people aren’t up to something. But I’d like to suggest that we don’t have to panic—in fact, that as a moral matter we ought not to panic.

One of the benefits of being an old codger is that, if your long-term memory is still working, you have some history by which to evaluate the present. I can testify that this kind of apocalyptic talk has been going on for as long as I’ve been alive—and longer than that (because I was actually taught history in school, back in the day).

When I was born, VP Richard Nixon was going to jail everybody who disagreed with him, because of that awful Senator McCarthy and the military-industrial complex, or something. Then JFK was going to start a nuclear war with the USSR over a few pictures from an inconsequential island. Then the Commies were going to destroy our society with forced integration, and with that take over the whole bloomin’ country by 1973. Then LBJ was going to kill all our boys in Vietnam—he was so unpopular with his own party that he couldn’t run for reelection in 1968. Then MLK and RFK were gunned down right before our eyes. Then Nixon—well, Nixon—do we even have to talk about him? End-of-the-world stuff. Then Carter couldn’t get our hostages out of Iran, and then Reagan was going to start World War III (“we begin bombing in five minutes!”), and then Clinton was, well, inattentive to his presidential duties because of, um, distractions, and there was that whole impeachment thing, which was just about sex, and who cares about that? and then Bush stole the whole country from Gore and blew up the Middle East by lying about WMDs, and then Obama wasn’t even born here, and was just an undercover Muslim (did you know his real name is Soetero?!), and threw the whole country away, and now Trump’s gonna destroy everything for sure.

I mean it when I say that I’m not mocking past fears or trivializing serious issues in the US and the world. But I can’t help noticing that none of the fears were realized. None of them. Sure, there are problems today, many of which have their roots in those earlier times. But we’re still here, and the great majority of us live better than millionaires did a hundred years ago (sometime study the history of sewage systems), and the fears were all overblown. All of them.

Political opponents have always exaggerated the fears. The current election has always been the Most Important One Ever, and the opponent has always been the Worst Person in the World. Now even the weather is worse than ever; every storm is the Storm of the Century, or the Snowpocalypse, or the Polar Vortex, or the Bomb Cyclone.

We need to get over our addiction to adrenaline. We need to see things as they really are, and then we need to just calm down.

This is particularly true of Christians. There is a God in heaven, who raises up kings—all of them—and in his good time sets them down again (Dan 2.21). Richard Nixon, Jimmy Carter, Ronald Reagan, and Bill Clinton are no longer any threat.

Further, they were never any threat to the plan of God, even when they were in office. They were, in fact, part of his plan. As is Donald Trump, love him or hate him, and Barack Obama before him. Our times are in the hands of a God who is both great and good, and whose intentions for his people are good to the infinite extreme.

What are seekers to think when God’s people act as though none of that is true? When they express dismay, or rage, or outright panic in their public proclamations or in private? When they evidence that for them, love of God has not cast out fear? When we show no evidence of grace, mercy, and peace?

Sure, the world’s a difficult and dangerous place. And when we see problems, they should get our attention, and we should act to solve them. We should fight injustice. We should demand truth and righteousness from our elected leaders. But we cannot act strategically, wisely, when we’re in panic mode. We need to be calm, rational, deliberate, trusting in the providential care of Almighty God, as we seek to bring light and hope to a badly broken world.