You are here: Home / Ethics / Some Thoughts on the Sexual Harassment Thing, Part 4: On Solutions 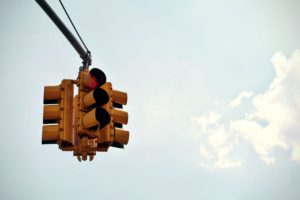 We may be seeing a cultural sea change. We can never be sure of that in the middle of the moment; the defining points of history become clear only on later reflection. But many have suggested that the era of the casting couch in Hollywood is over.

But there are some things that we can know, even as things are developing rapidly around us.

All of us, even those among us who don’t want to admit or accept it, know that civil behavior begins with fear—specifically, fear of punishment. That’s where we start with our children; that’s why state troopers drive around on the interstate, just being seen; that’s why people who aren’t powerful behave themselves in public. We don’t want to face the consequences of acting on our impulses.

Right now we’re in the fear stage. There are lots of brutish actors and athletes and news reporters and politicians who haven’t been outed yet, but they know they could be; and they’re keeping their heads down. Maybe some of them are even keeping their noses clean for the moment.

But nobody wants that kind of a culture for the long term. Parents don’t want their children to be afraid of them all the time; no husband and wife want to spend a lifetime in fear of one another. No respectful relationship can be based on fear alone.

The Bible says that “perfect love casts out fear” (1John 4.18). As a healthy relationship matures, we move from being fearful to being just nervous, then to being comfortable, then to being attracted, and finally to love—to being so fiercely devoted to the benefit of the other person that we’ll make any sacrifice for it.

Perhaps raw fear will keep the predator numbers down, but it won’t bring us a healthy culture. We need love to do that. And that means learning one another, experiencing one another, as much as possible. It means interacting with our neighbors beyond the greeting from driveway to driveway. It means spending time with people who are not like us, the kind of time that allows us to learn why they think as they think and why they do as they do.

Will our culture do that? Will we? Only time will tell.

We can improve our society by these sorts of actions—social contracts, shared experiences, shared efforts. It’s been done before, though usually not without some motivating external influence, and usually a negative one, such as a war or a famine or a plague (remember 9/11?). But it can be done; it does happen.

But this kind of development doesn’t really solve the problem. It usually lowers the problem’s incidence and weakens its effect on the larger society—temporarily—but the problem is still there. There’s still rape, and theft, and murder. And beyond that, there’s still lust, and greed, and hatred.

These tendencies go deep; they’re part of who we are. And we can’t eradicate them by trying hard, or by singing Kum-Ba-Ya, or by buying the world a Coke, or by thinking globally and acting locally, or by visualizing world peace. You don’t get rid of a deeply embedded infection by taking something for the headache; you have to hit it hard and deep with really strong stuff.

So how do you heal a culture?

You heal it by healing its people, one at a time. And you do that by going after the infection, hard and deep.

That infection is called sin, and our culture not only doesn’t have anything with which to heal it—we don’t even believe that it exists. And until we do, there’s no road to a solution.

But there is a solution, and it has worked reliably, one person at a time, for thousands of years. It’s called repentance—turning from your sin—and faith—turning toward its Victor, the Christ. The solution to sin is found in the One who has already defeated it decisively, through a consistently victorious life, a powerfully overwhelming death, and an explosive resurrection.

With turning—conversion—come the mercy and forgiveness that heal our relationship with our Creator—which was our real problem all along—and then the grace and the guidance to change from the inside out, to change our thinking so that our behavior will naturally follow.

And that is the only solution.