You are here: Home / Ethics / Have You Thought about It? 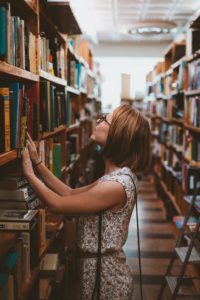 We live in a world of snap judgments. We read a tweet (now up to 280 characters!), or a Facebook post (better not have to scroll!), or we see clickbait (you won’t believe what happened next!), and we go for it, or we don’t. We hear a sad story (Cyntoia Brown!), or a rage-inducing one (Al Franken!), or a fear-inducing one (Net Neutrality!), or a partisan one (Trump! Clinton!) and we react, research be, um, condemned into everlasting redemption.

Some time back I read a fascinating book by Nicholas Carr called The Shallows: What the Internet Is Doing to Our Brains. He argues—and, I think, demonstrates—that web surfing has changed the way we think, and not for the better. We’re making decisions, sometimes consequential ones, faster and faster, on the basis of less and less actual information or resulting thought. Research indicates that when we do that as a regular practice, our brains rewire themselves to accommodate that kind of thinking—what you might call “fast-twitch” thinking—eventually to the point where we can’t follow a thought for long at all anymore.

Carr notes that after years of using the web, he’s less patient with long-form articles; he wants to get the quick point and move on.

Have you noticed that happening to your brain? I have. And spending a solid hour scrolling through a Facebook newsfeed every day is just going to make the problem worse.

Why do I say “worse”? What’s wrong with thinking faster? Isn’t that a good thing?

When we routinely think with our gut, reacting instantaneously, we’re not really thinking at all. We’re not researching to get as many facts as we can; we’re not thinking through the consequences of our decision as a matter of cause and effect; we’re not weighing alternatives; we’re not hearing both sides.

And thinking is really important. It helps us make decisions with better outcomes. In short, it makes us wise.

Are the problems our society needs to solve getting simpler or more complicated? How likely is it that we’ll be able to solve them effectively with just our gut?

So what do we do? A few suggestions—

And now, a word to those who are upset about the Cyntoia Brown reference—if you’ve read this far.

It’s a sad story, and some celebrities are promoting it. But it’s also an adjudicated case, and the law is complicated. (I’m not saying that’s a good thing.) I found myself forming an opinion about what I read, as you did too. But I don’t know anything about the case—I haven’t read any of the trial transcripts, or the judges’ opinions, or even any long-form articles about the case. My uninformed opinion—I do have one, and you’d probably like it—is worth precisely nothing. If there’s injustice there, then let those who have the best and most complete information weigh in on it. Better yet, become one of those people yourself, and then make all the noise you want. Justice is worth the fight.

Photo by Clay Banks on Unsplash